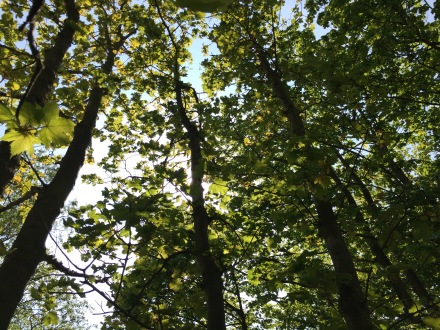 To the west of the Lincolnshire Edge, Brant River Wood is 7.5 acre lowland mixed broadleaf woodland which is part of a larger area of woodland known as Brant Plantation. It is located on an ancient river terrace consisting of a superficial layer of sand overlying the bedrock with a neutral to slightly alkaline pH. In the southwest corner of the wood, the parent material of the soil changes to claystone /mudstone giving rise to a clayey/silty loam.
Currently the main species are hybrid poplar with oak standards and an oak and ash understorey and an area of sycamore. The field layer consists mainly of bramble, honeysuckle and bracken. 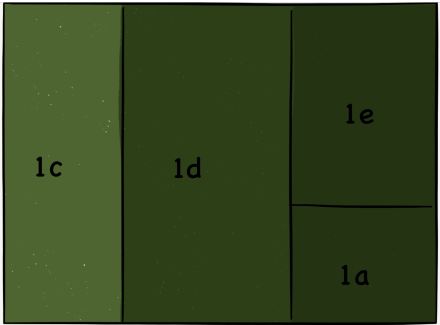 The Brant Plantation (which includes compartments 1c;1d and extends northwards along the Brant River) appears on maps of the area in 1905, It’s likely that the original plantation was established with Oak and Ash (there are a dozen or so standard Oaks that are over 100 years old and several substantial Oak and Ash coppice stools which we believe represent the remains of the original plantings). These trees were harvested and replaced with Poplar in the 1970’s. The poplar was harvested in turn by the mid 1990’s and again replaced, this time with hybrid poplar.

Maps prior to the 1970’s show the eastern part of the wood (compartments 1a;1e) as farmland and latterly scrubland. By 1971, this area is shown on maps as woodland, the area having been colonised by Sycamore giving rise to a very different species mix than the older part of the wood. The hawthorn hedge along the southern boundary has probably existed since the fen was first drained and could be very old indeed. It has become very gappy, and many of these trees have “stags-horns”.

In the late 2000’s, the plantation was acquired by “Woodlands for Sale” and split into smaller compartments to be sold separately. In 2010, we then purchased the compartment known as Brant River Wood.

A survey of the woodland was carried out in late 2013 instigated by the Lincolnshire Wildlife Trust (LWT). Areas (1a, 1d and 1e) were classified as WD3a, species index score of 30 whereas (1c), an area of wet woodland, was classified as We2, with a species index score of 16. In 2014, the woodland was cited as a Local Wildlife Site (LWS) based on the results of this survey. The woodland is linked to other nearby LWS by the Brant River which runs along the western edge of the woodland. There is woodland adjoining to the north; the Brant river forms the western boundary and there is farmland to the South and East.

For the past five years, we have been managing Brant River Wood under a Woodland Improvement grant (WIG), 2015–16 sees the end of the work carried out under this prescription. The WIG provided for coppicing to be carried out in 1a;1c and thinning work in 1d over a five year period. Coppice regrowth of the sycmore in 1a has been very good and has resulted in low, dense cover with plenty of open ground between the stools. Brambles became very invasive in this area due to increased light levels, however annual mowing has allowed the field layer to become much more interesting with many woodland and wayside plants now thriving here. Poplar regrowth in 1c on the other hand has been very poor which was somewhat unexpected. Here though there are many Oak and Ash stools which are doing well and regeneration of Ash is very strong.

Along with this work, several tree and shrub species have been introduced to increase biodiversity: 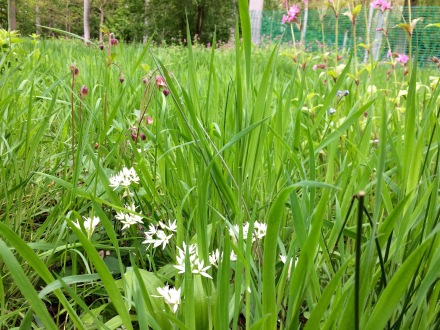 During the five years we have owned the wood, a system of paths, rides and glades have been established which not only improve access, but also give nature further opportunities to colonise the woodland.